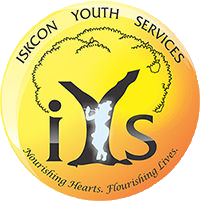 Fill all the details

ISKCON Youth Services (IYS) is the youth wing of ISKCON Chowpatty, aimed towards nourishing the hearts of today’s youth with the sublime message of the scriptures, helping them flourish in their lives in a wholesome manner. This is achieved by a number of initiatives like campus outreach, youth festivals, retreats and personal care and guidance by a team of experienced youth mentors.

What India is going through with its youth is not something new. This is exactly what America went through in its history in the 1960’s. The youth, frustrated with the lives led by their parents, rejected and rebelled against the set standards of the society and formed rules of their own, by discarding and disowning their connections with their families and experimenting with drugs, alcohol and other dangerous addictions. This was also known as the ‘hippie’ movement.

The youth, however, never got the answers to their questions and they went deeper and deeper into a blind, dark alley. It is there that they suddenly saw light in the form of His Divine Grace A.C. Bhaktivedanta Swami Prabhupada, a distinguished scholar and a pure devotee of Lord Krishna, who had stepped on to the shores of America. Over the next decade, he went about transforming the lives of these very youngsters, who were on the precipice of sunset to a new world of joy, happiness and devotion. This he did by revealing the ancient and timeless knowledge of a highly civilized society in the Vedic times, thereby also quashing some theories that the Vedas were meant for people of a particular time, place and nationality.

Be updated! checkout our events throughout the year.

WHAT PEOPLE SAY ABOUT US.

The training and mentoring that I received in the form of seminars, weekly lectures, one on one mentoring, retreats and more has equipped me with tools of self-excellence and helped me bring out the best version of myself. I am now more resilient in the face of challenges and difficulties, have balanced relationships, and can achieve what I set my mind on, all backed by a strong spiritual foundation in life. For this, I am incredibly grateful to the Iskcon Youth Services.

I got a lot of exposure through ISKCON youth services to learn things not only spiritually but also materially. Earlier I was not aware of how to spend, where to spend, how to manage expenses within our income etc. All these practical & essential knowledge I learnt here. Another important thing I learnt at IYS was that ups n down will always be there in life but ultimately how we proceed ahead is more important.

Today competencies are being imparted by several institutions but somehow character and the value system have been put on the back burner. IYS has been doing an excellent service to the society at large by filling this gap and giving a wholesome learning experience to the youth, ensuring that the youth is not wasted. Rather, it is used to create a foundation for a bright future. Grateful for all the experiences and learning during my days with IYS.

The sublime teachings from our holy scriptures have been presented in a concise way, which has helped me to understand its importance and its application in the routine lifestyle. It further helps to follow discipline in our daily regime, be it the personal or the professional front, enabling a focused approach to attain our goals in an organized manner.

The principle of prioritising relationships over results is one of the most important understandings that I’ve imbibed from IYS. And this has been helping me tremendously in my personal and professional life alike now. And there are a million more things like this. Thank you very much IYS for shaping me to what I’m today.

You get what you search for. Deeply grateful for the guidance & encouragement I’ve received from my mentors in IYS to look out for the right things in life. Something that has proved invaluable to me ever since. Can’t thank much. All glories to ISKCON Youth Services.

Across Mumbai and Maharashtra 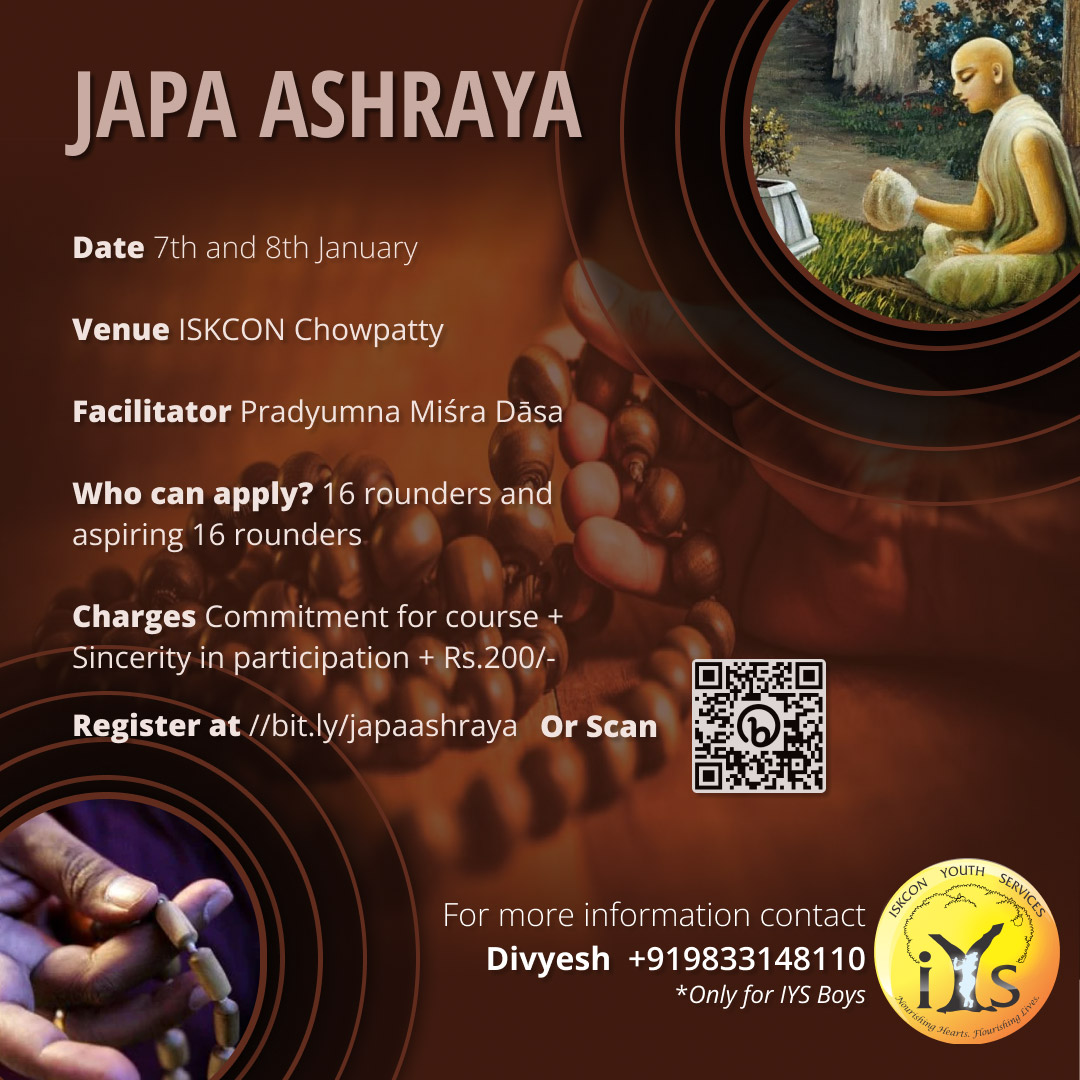 Nityananda Trayodashi Celebrations on the way 3rd
Please join us Prerana the festival of inspiration
Makar Sankranti - the day sun starts its northern
Meet one of our founder @gaurgopaldas at @iskcon_c
☝️☝️☝️This is not the outcome of just
Straw broke the camel's back.
Every phenomena in nature expresses the presence o
Last year at Vrindavan #iysyatra #iysyatra2023 #i
Register soon to the trip to eternity.... iys.iskc
Why are you laughing?
Load More Follow on Instagram